2008-2013 BMW 128i 135i Passenger Side Fender Panel. Removed from a 2011 BMW E88 135i with Titan Silver Metallic exterior paint (code-354). The panel is in good physical condition with no major damage or dents. The paint is in fair overall condition due to a small paint bubble and some heavier chipping in the mounting rail as shown in the photos. There are some typical small nicks, scratches, and marks in the finish from normal use. There is also some typical swirls in the clear coat finish, which may be difficult to see in the photos. Includes everything as shown, you will need to reuse some of your existing hardware for installation. Will fit both Coupe and Convertible 1 Series models. 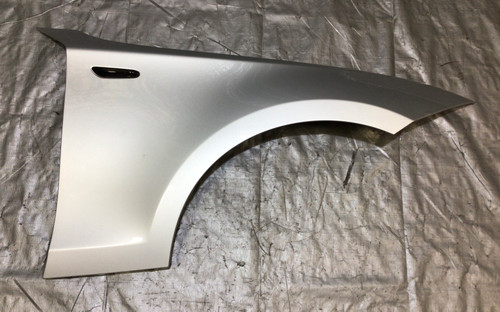