2006-2015 Mazda MX 5 Miata Third Brake Light. This was removed from a 2011 Miata with Liquid Silver Metallic paint (code-38p). Only for use on soft top models since the power retractable hard top models have a third brake light built into the top cover itself. In good physical condition, with no cracks in the lens or housing. The paint is in good cosmetic condition, with no clear coat failure as shown. There is also some typical surface scuffs and scratching throughout, as well as some light fading in the lens which is difficult to see in the photos. You may need to reuse some of your existing hardware clips for installation as some of these may be damaged. 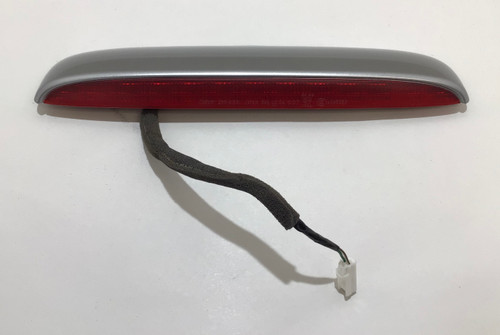