In good overall physical condition with no major rips or tears. The driver seat does have heavier wear in the side bolster as shown which has started to cause the seam to split. As well as the heavier wear in the leather finish, exposing the material underneath. The passenger bolster also has some similar wear on the lower bolster seam as shown. Includes the seat rails which are in good working condition. You will need to reuse some of your existing hardware for installation.

In good overall cosmetic condition, however the leather does have some wear and discoloration throughout. The lower cushions have a slightly rougher texture as compared to new. The leather also has some cracking and marks in the finish. Please view each photo for a better understanding of the cosmetic condition of these seats prior to purchasing. 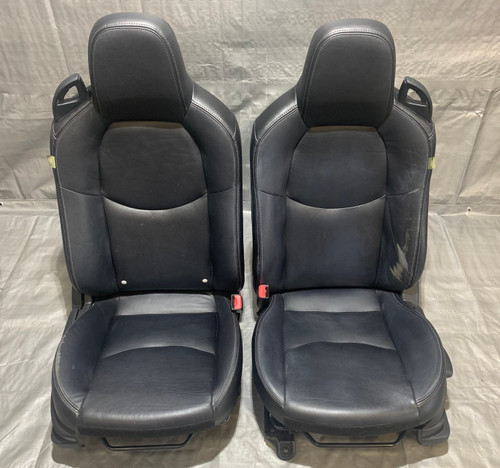