2005-2011 Mercedes Benz SLK R171 Convertible Top Hydrualic Pump. Removed from a 2005 Mercedes Benz SLK350 with 44k miles and a fully functioning Vario Roof assembly. Fully tested prior to removal from the vehicle with no leaks or malfunctions. Pump was able to build pressure with no leaks and operate the top cylinders with no delays or malfunctions. We did note that while operating the unit was more noisy that usual. In good physical condition with no damage to the housing or reservoir. Free of any major corrosion or rusting. Includes only the pump with reservoir as shown. You will need to reuse your existing lines and cylinders for installation. 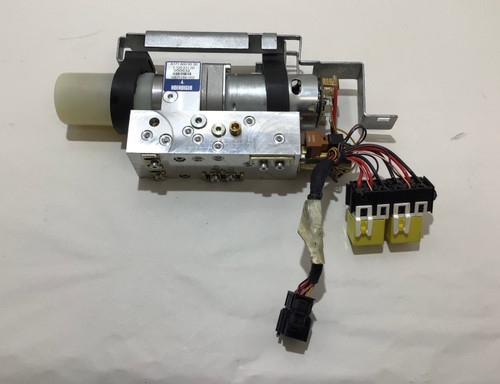