2007-2015 Mini Cooper Front Seats. Removed from a 2011 Mini Cooper R55 Clubman This vehicle was equipped with driver and passenger height adjust and manual seat adjustments. Both passenger and driver seats have the height adjust lever. If your vehicle is equipped with heated seats, these will still physically fit, however the seat heaters will no longer be functional. Includes the passenger and driver front seats as shown. The manual seat adjustments are in good working condition with smooth operation. In good overall condition with no major rips or tears. The driver side seat has some seam separation, as highlighted in the photos. Both lower bolster does have some typical wear, as some discoloration and staining in the lower cushions of both seats, as well as the passenger headrest. You will need to reuse your existing belt receptacles and hardware for installation. 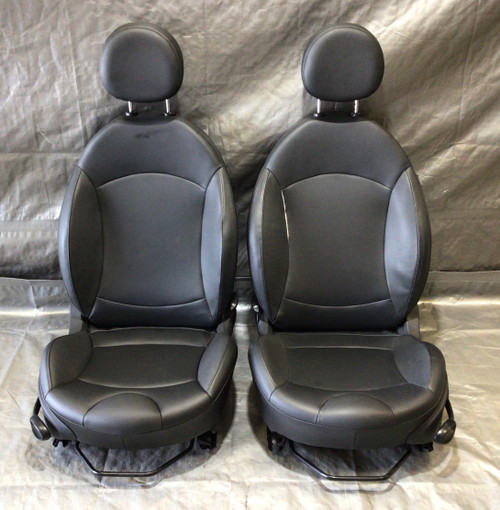