Factory black Nappa leather center console for a 2008-2015 Audi TT. Removed from a 2008 Audi TT 2.0l TFSI with the black nappa leather interior trim (N3Q/JN). In good overall physical condition with no major cracks or damaged mounting tabs. Exterior is in good overall condition with no major sun fading or discoloration. The driver side of the console does appear to have been worn, causing the leather to loosen up in a small area, as shown in the photos. This has also worn some discoloration into the cover as shown. There is also some areas on the passenger side where the leather has started separate from the plastic underneath. As well as some cosmetic wear and discoloration from rubbing, as shown in the photos. Includes only the upper section of the center console and ashtray assembly as shown. You will need to reuse some of your existing hardware and components for installation. 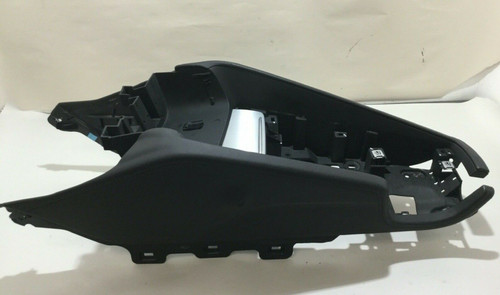