Welcome back to the fourth installment of our 1995 M-Edition build! In this update we've got to work on the drivetrain from the donor car, replacing and upgrading suspension and braking components.

First things first, we needed to replace the broken aluminum differential housing from the 2000 Miata donor car. These differential housings are designed to break on a rear end collision (and they often do), so we had to take care of that first. While things in the rear were taken apart we also installed the proper axles for an ABS car, along with the ABS spindles from a 2005 Mazdaspeed Miata and Mazdaspeed brakes.

On the front end of the "rollerskate", we began work also installing the Mazdaspeed Miata ABS compatible spindles, and upgraded brakes. We've also upgraded the front and rear sway bars to the oem Mazdaspeed units, for improved handling.

When it came time to figure out an exhaust solution, we went deep into the Miata parts bin, with components from three different cars making up the new exhaust system, all while maintaining an OEM look and bolt-on compatibility. 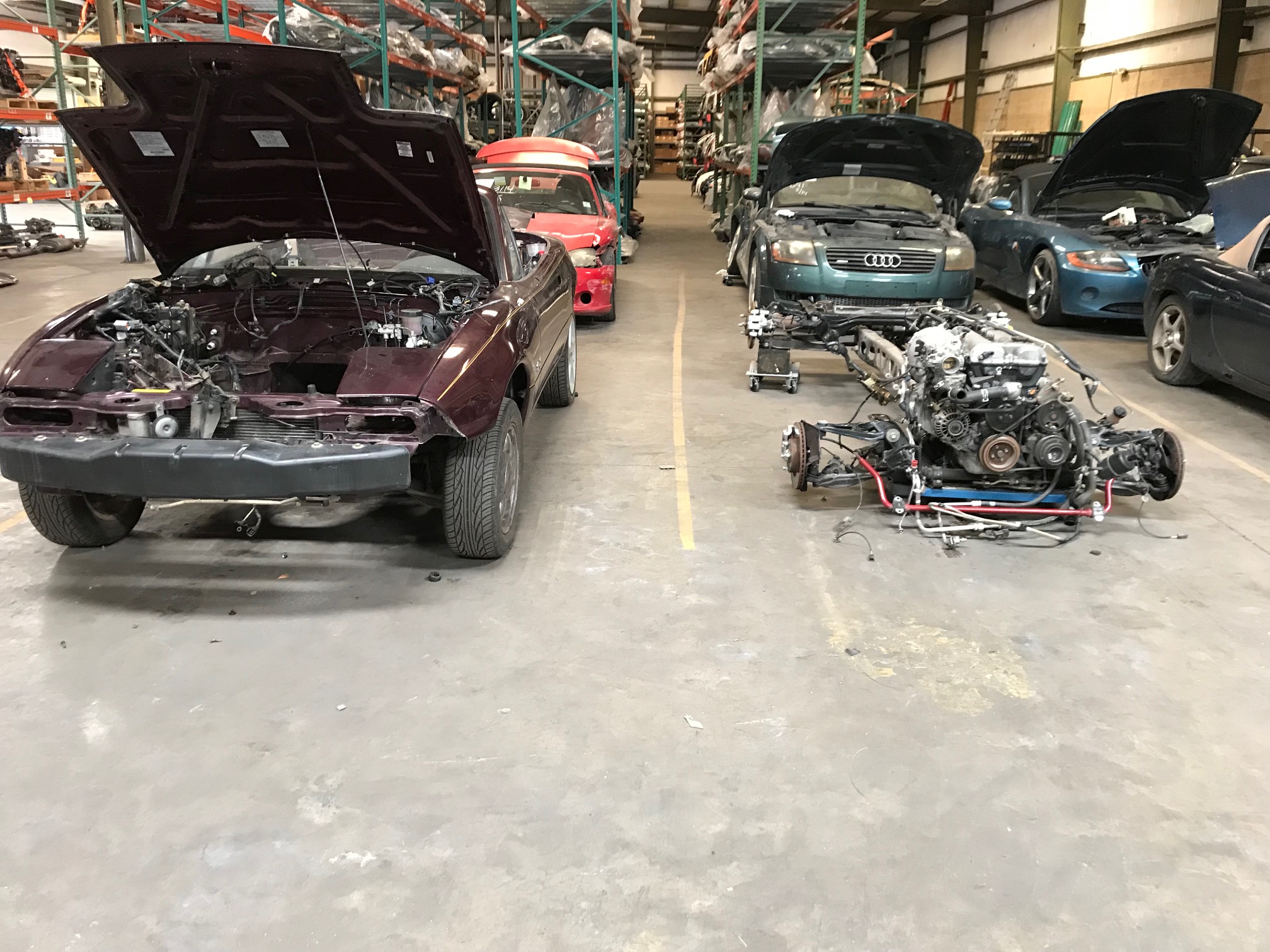 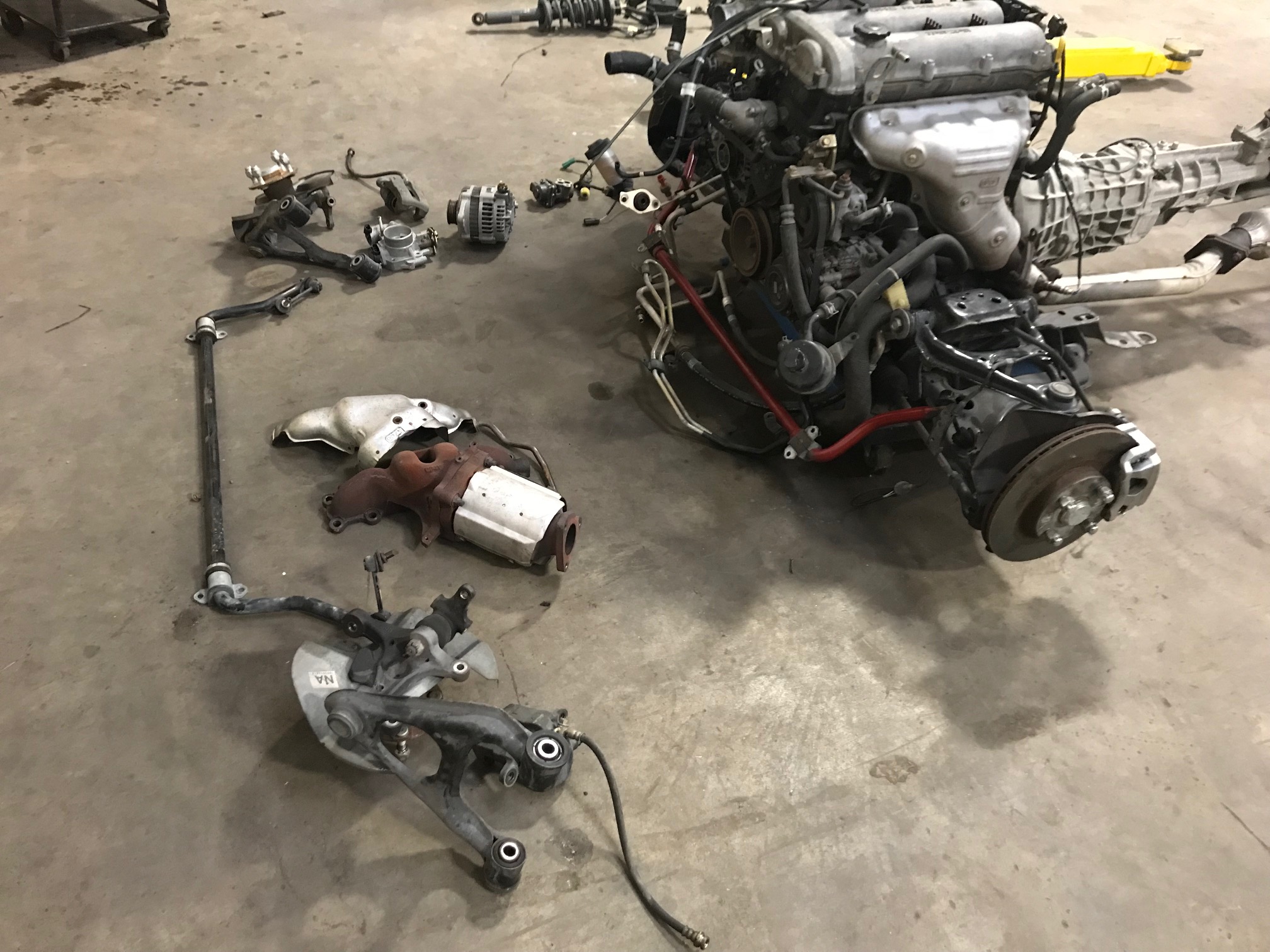 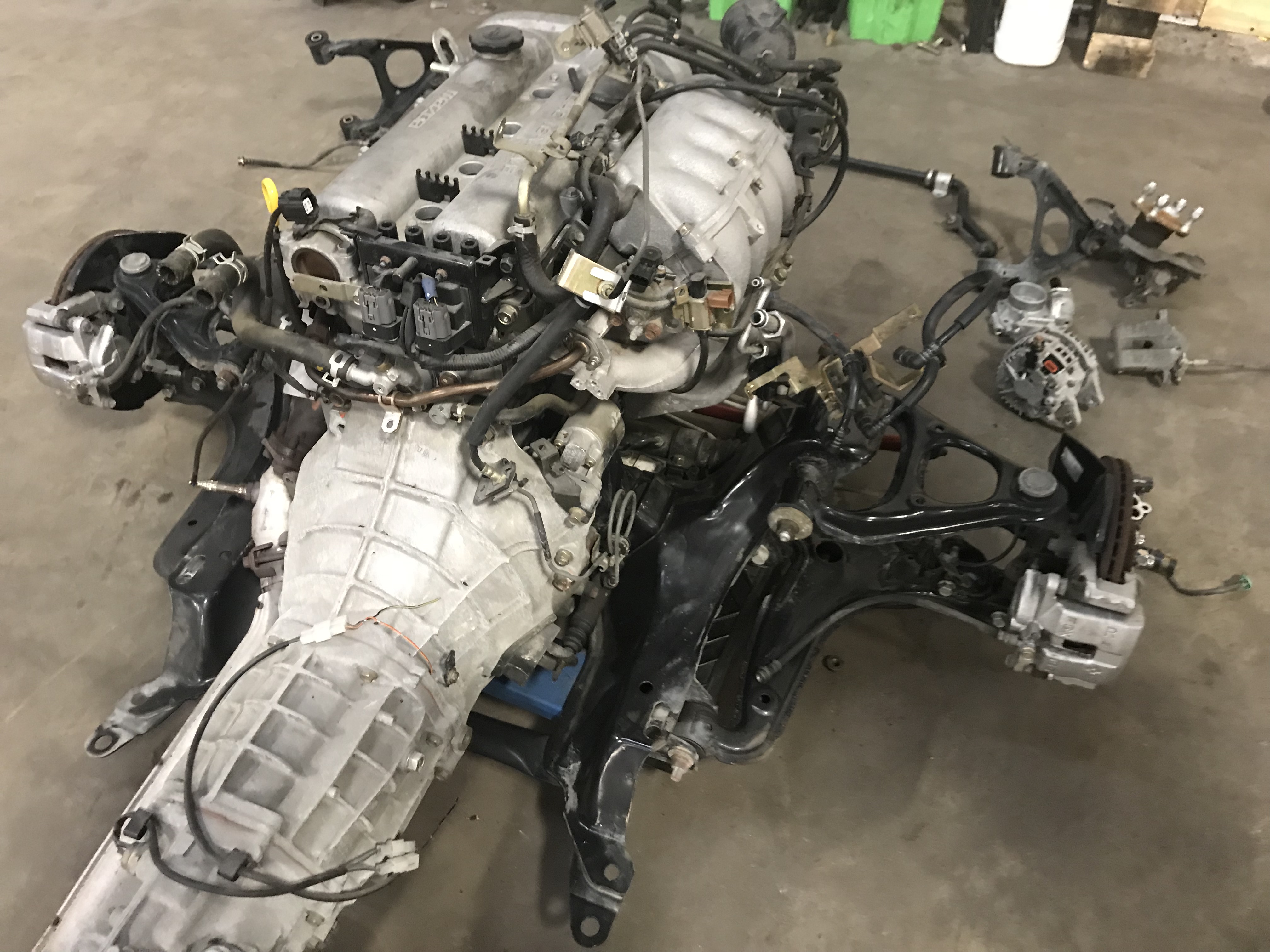 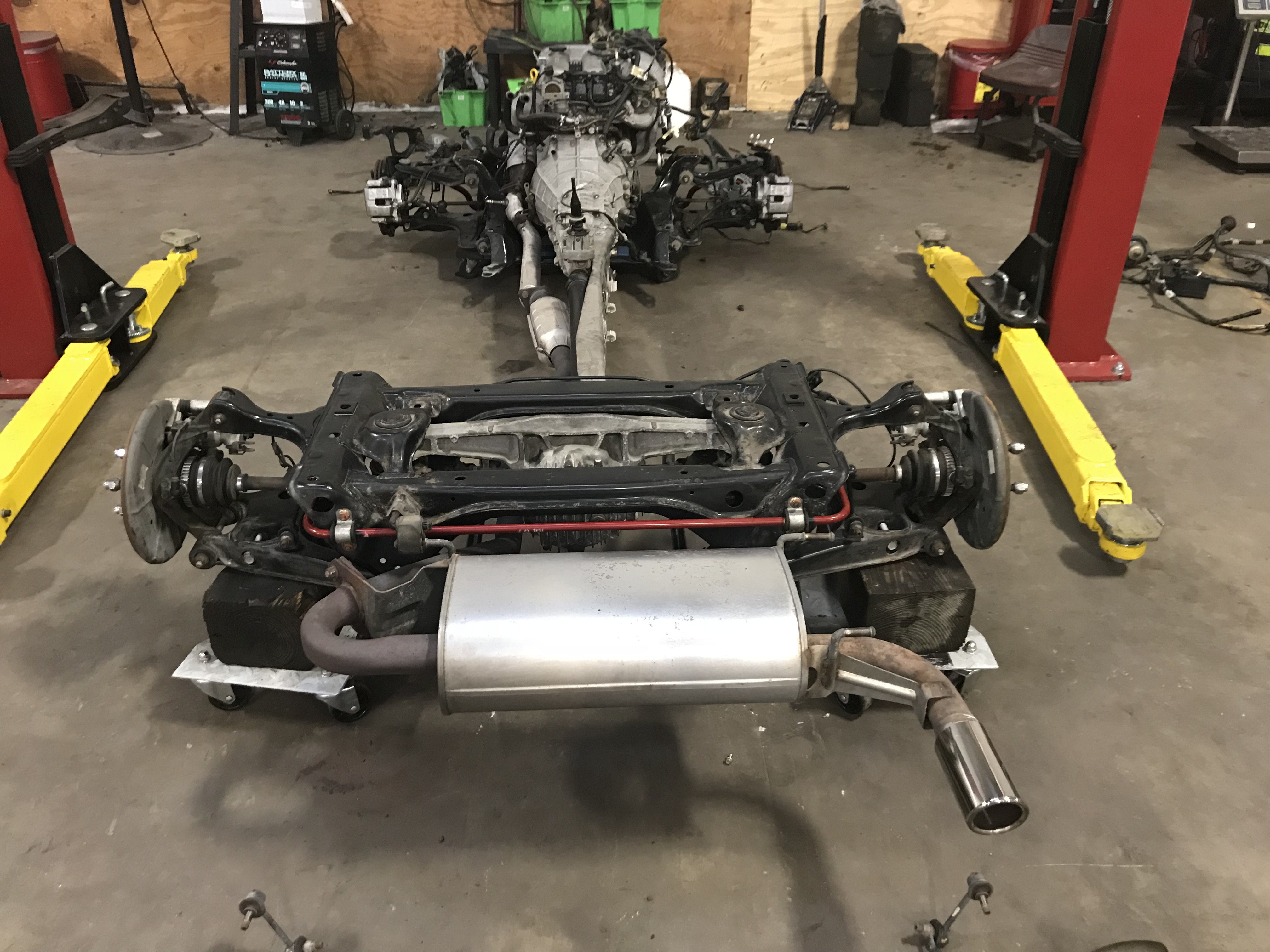 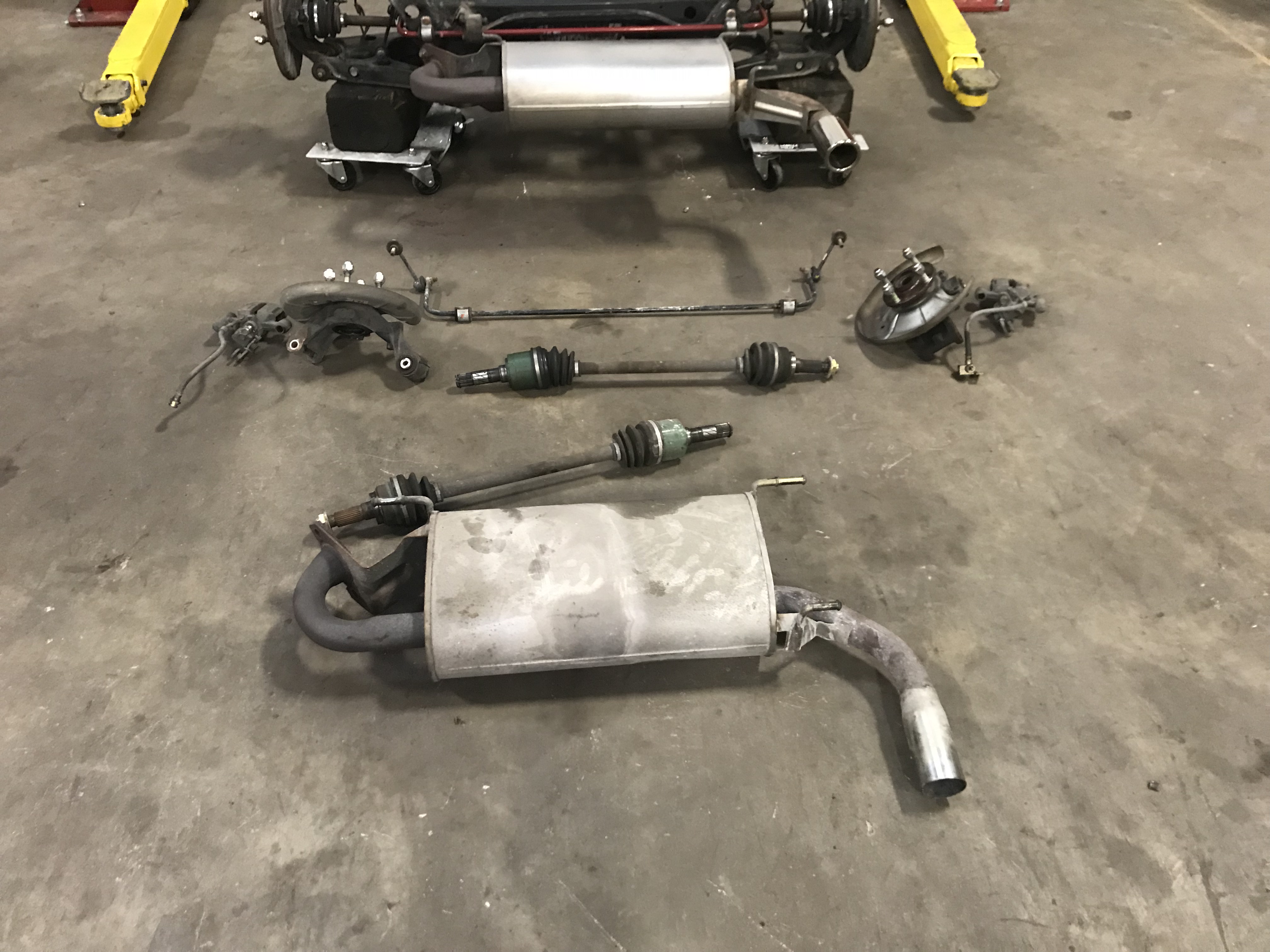 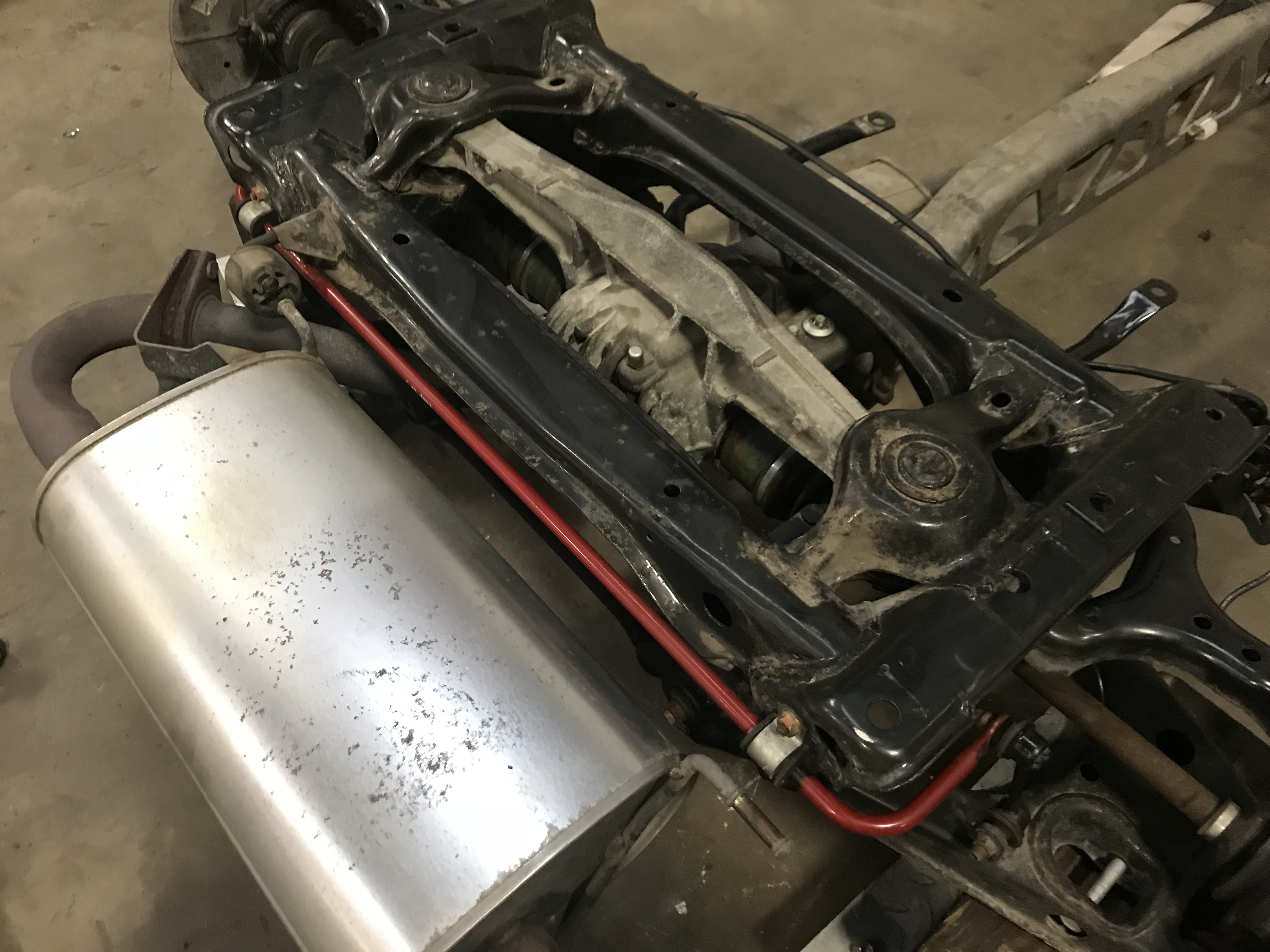 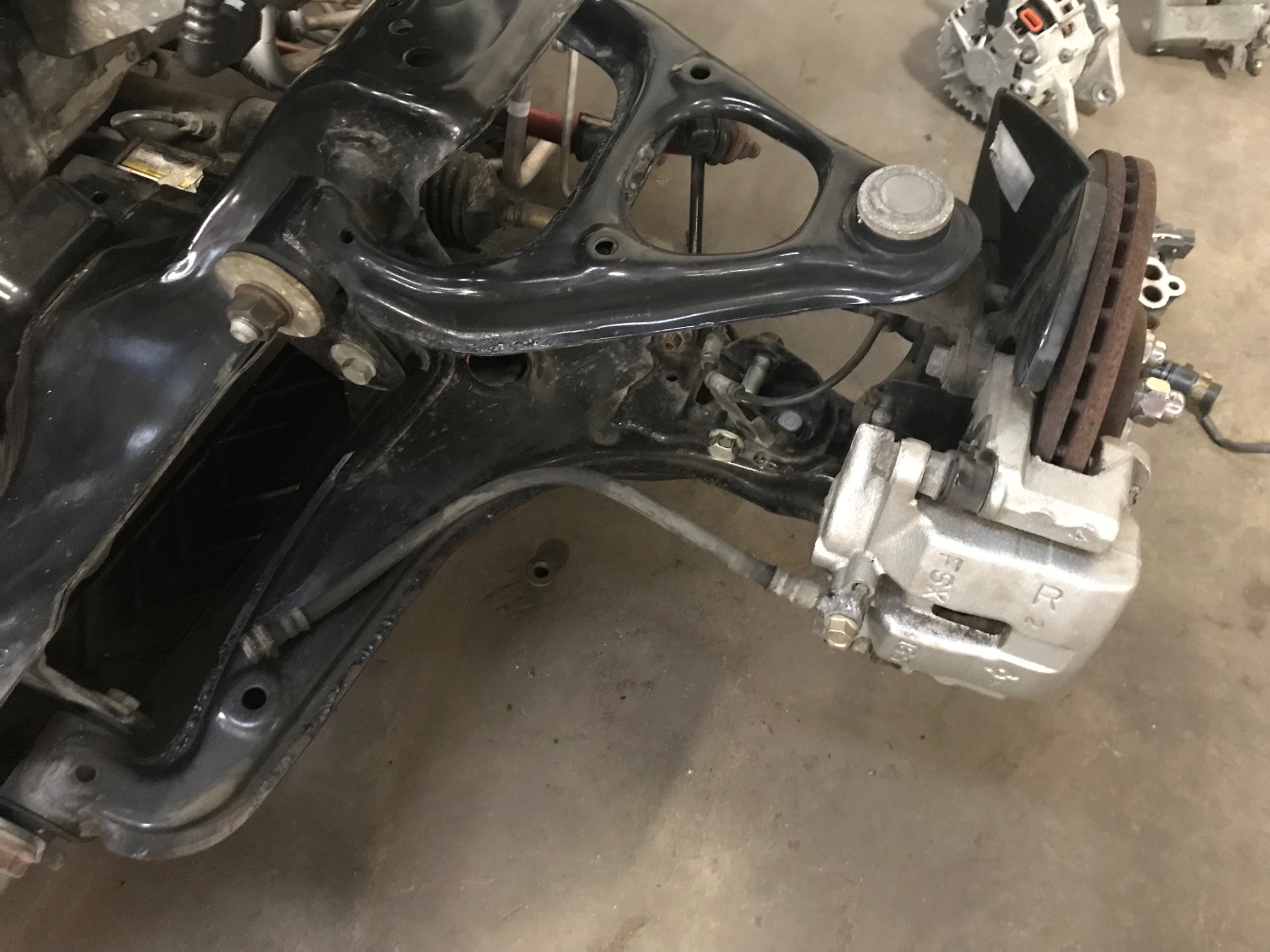