2008-2013 BMW 128i 135i Convertible Passenger Side Front Seat Belt w/ Pretensioner Buckle Assembly. Includes the passenger side front seat belt and pretensioner only. Retractors are fully functioning and in good condition. Pretensioners are in good usable condition and have not been previously deployed. The belts are in good condition with no major fading or wear. There is some indentions and creasing in the belt, as shown in the photos. The plastic trim on the belt and buckle has some light cosmetic wear as shown. You will need to reuse your existing hardware for installation. Will NOT fit coupe models 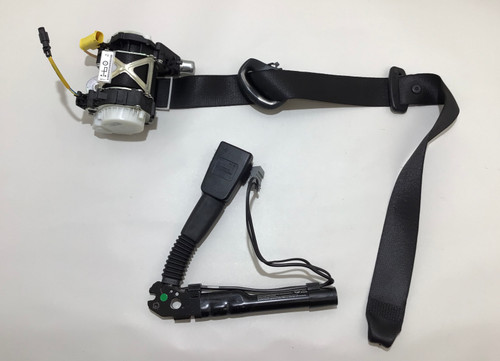