2009-2016 BMW E89 Z4 Passenger Side Rear Trailing Arm Hub Assembly. Removed from a 2014 BMW E89 Z4 sDrive28i with 103k miles. Includes the rear trailing arm / wheel hub w/ parking brake assembly. In good physical condition, has not been hit or bent in any way. Wheel hub spins smoothly with no damage. There is some typical spots of corrosion and wear from normal use. Rubber bushings are in good usable condition with no rips or tears. Does NOT include the rear control arms. Includes everything as shown in the photos. You will need to reuse some of your existing hardware and components for installation. 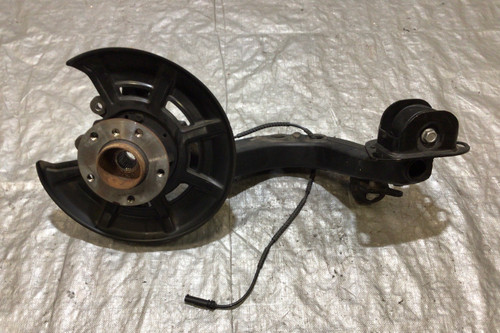