2005-2011 Mercedes Benz SLK Center Roof Panel. Removed from a 2008 Mercedes Benz SLK280 with Iridium Silver Metallic Paint (code- 775). Includes only the center roof panel as shown. Does not include the rear C-pillar panels or rear glass. In fair physical condition due to two large dents in the panel. These can be seen with the help of or dent identifying light, which helps highlight dents / dings by bending the lines in the light. The paint is in good overall condition as well with no major fading or wear. There is some typical swirls and light surface scratches, which may be difficult to see in the photos. You will need to reuse your existing hardware and components for installation. 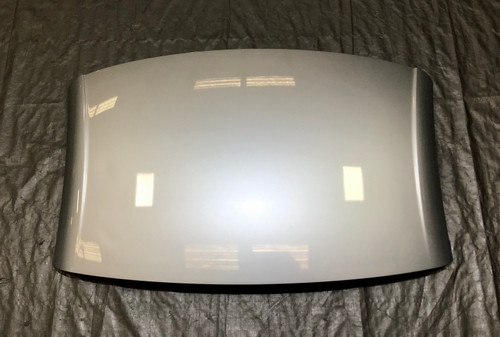