2007-2015 Mini Cooper Driver Side Xenon HID Headlight. Removed from a 2007 Mini Cooper S R56 Hatchback with the OEM HID headlights and amber turn indicators. This light is not equipped with headlight washers so please verify your vehicle is equipped with the same options. Will not fit or match any vehicles equipped with halogen lights or white turn signals. The light is in good working condition, fully tested prior to removal from the vehicle. In good physical condition as well, with no major damage to the lens or housing. All exterior mounting tabs are fully intact. The lens is in typical cosmetic condition for its age, with some typical heavy hazing, yellowing as shown. Includes everything as shown in the photos. Does not include the outer trim ring of the light. You will need to reuse your existing hardware for installation. 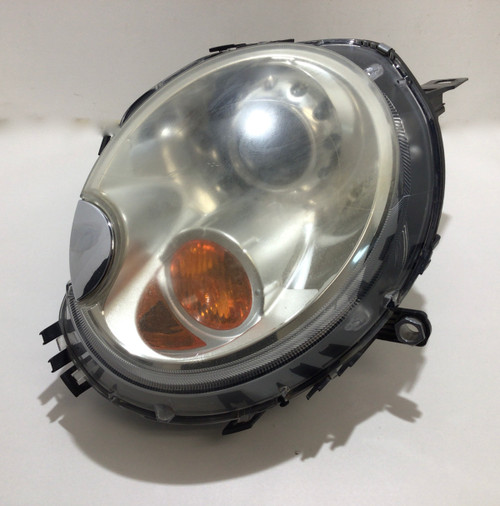