2007-2015 Mini Cooper Redwood Interior Door Panels. Removed from a 2009 Mini Cooper S R56 hatchback equipped with the Redwood interior color line (S4BL), Piano Black trim (S4BD), and interior lighting package (S563). Please verify this cosmetic trim matches your existing interior prior to purchase. Includes the driver side and passenger side door panel only as shown. In good physical condition, has not been hit or damaged in any. All plastic is fully intact with no cracking. The armrest is in good condition with no damage or tears. The piano black trim has some scuffs and swirls in the finish, which may be difficult to see in the photos. The panels also have some typical light scuffs, nicks and marks along the edges. You will need to reuse some of your existing hardware or clips for installation. 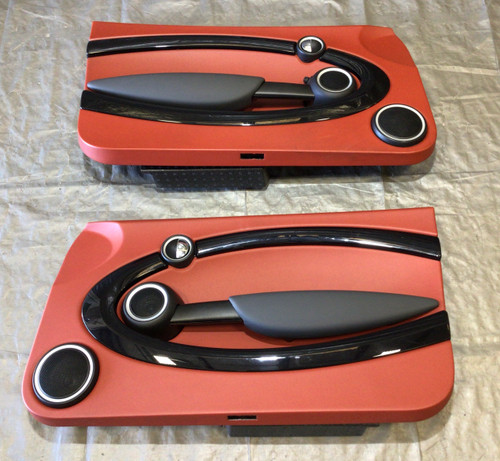