1999-2004 Porsche 996 911 / 1997-2004 986 Boxster Passenger Power Mirror. This mirror is from a 986 Boxster that was not equipped with memory or auto dim. Will not work for vehicles equipped with the auto dim or memory features. In good working condition, fully tested prior to removal from the vehicle. Removed from a 2001 Porsche 986 with Guards Red paint. The paint is in good condition for its age but does have some typical surface scratches and light pitting along the housing. There is some deeper scuffs and scratches on the black trim and lower portion of the painted section as shown in the photos. The lens is in good condition with no major cracks or scratches. The black trim, has some typical cloudy / fading, as shown in the photos. You will need to reuse your existing hardware for installation. 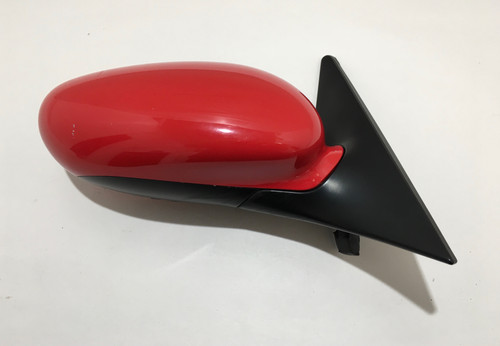