In fair physical condition due to several cracks / cuts in the vinyl, as shown in the photos.

In good cosmetic condition, free of any major stains or sun fading as shown.

These were removed from a 2016 Scion FRS Release Series 2.0 which came equipped with black cloth and white stitching. 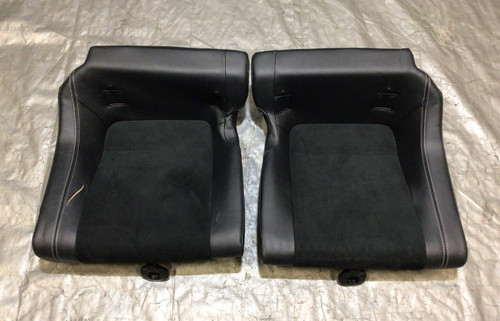