Welcome back to part three of this Mazda Miata M-Edition build! In this update, we've got the car stripped down in preparation for paint and it's drivetrain transplant.

First thing we wanted to check out was the floorpan of the car. It's not a common problem area for Miatas, but we wanted to make sure that no water had accumulated in this area and caused issues with rust. We were pleased to find that it was in very good condition. The only rust we found on the interior was on the metal covers for the fuel pump and fuel hoses. These are a very common issue, that is usually caused by a leaking convertible top rain rail. We'll be replacing these two covers and their hardware, along with a new rain rail when we install a new top on the car. While we were in there with the door panels off, we replaced the window bushings and lubricated the window regulators to bring the power windows back to their original intended speed. All other parts that were in the way of the areas that need to be painted were removed as well. The seats will be getting a full restoration of their own at a later time.

In preparation for paint we've removed the bumpers, mirrors, signal lights, marker lights, taillights and all outside trim from the car. The doors, fenders, hood, trunk lid and rear finish panel will be removed by the body shop when they're prepping the car for paint. This step allowed us to closely examine the structure behind the panels to make sure that the car didn't have any spots of a previous accident or repair that was covered up.

In order to keep the car as a rolling chassis, we decided to keep the suspension intact and only remove the engine, transmission, differential, powerplant frame, driveshaft and axles from it. This will allow the car to be able to be pushed around easily, while still allowing us access to all of the engine bay components that will be getting removed. While the car is away getting painted, we'll be starting to replace and install the mechanical parts on the "rollerskate" from the NB donor car.

Stay tuned for more weekly updates as we continue giving this M-Edition a new, enhanced lease on life. 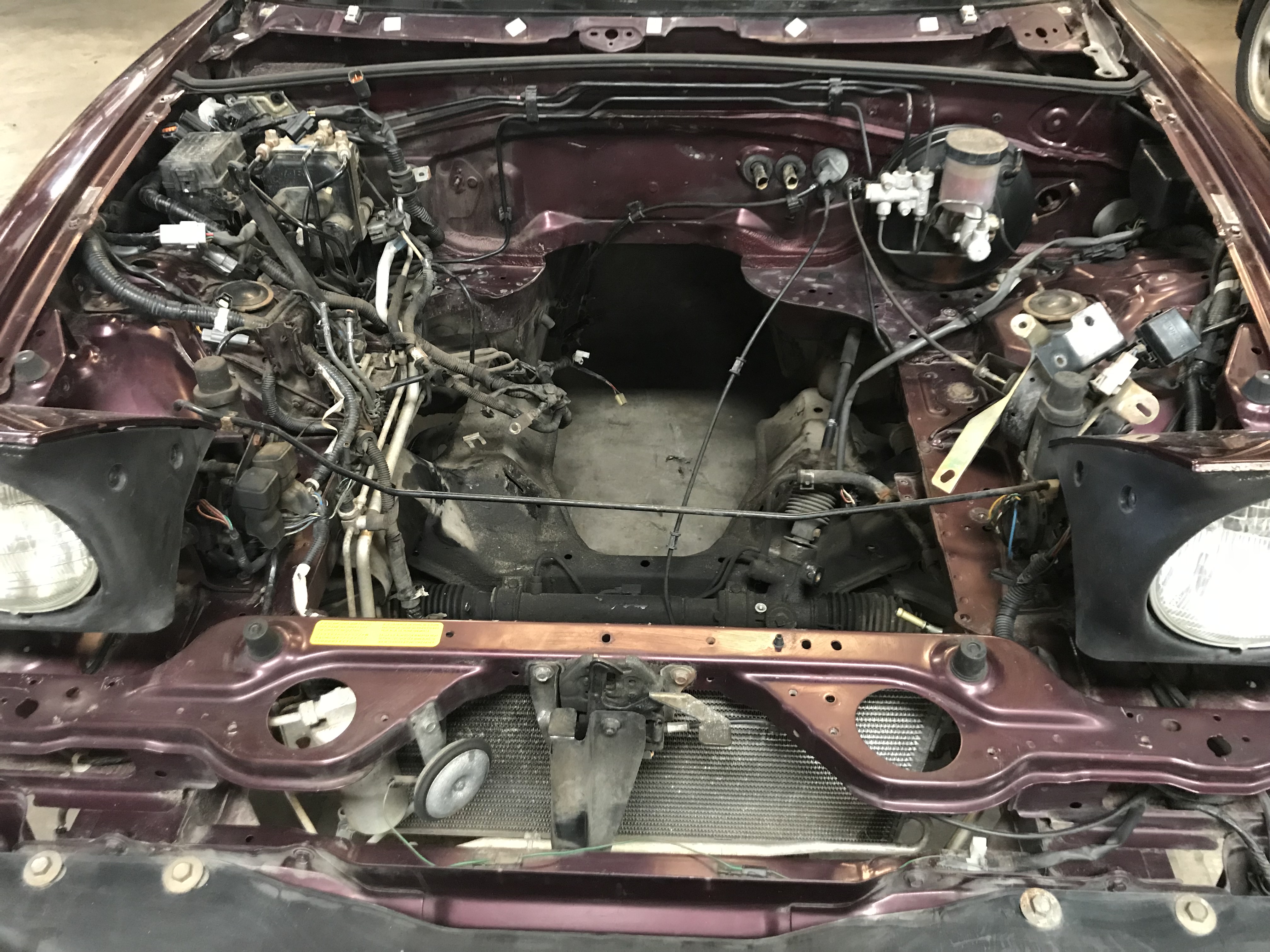 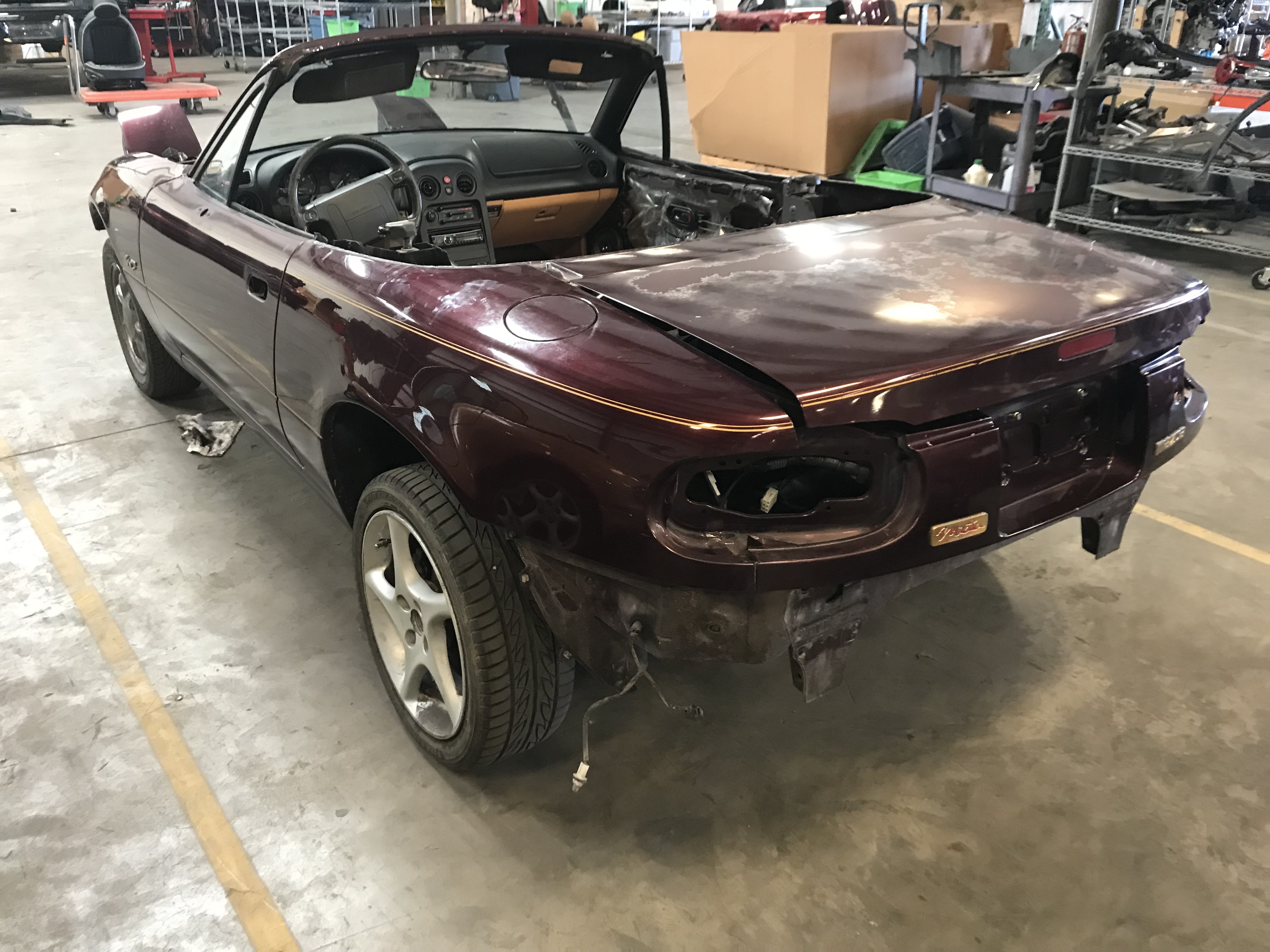