2008-2013 BMW 128i 135i Trunk Hinges w/ Shocks. Removed from a 2011 BMW E82 135i Coupe with Schwarz 2 paint (code-668). Fits both 128i and 135i models. In good physical condition, have not been hit or damaged in any way. Hinges operate smoothly with no interference. Shocks are in good physical condition with no signs of leaking or corrosion. Includes everything as shown, you will need to reuse some of your existing hardware for installation. Will fit both coupe and convertible models. 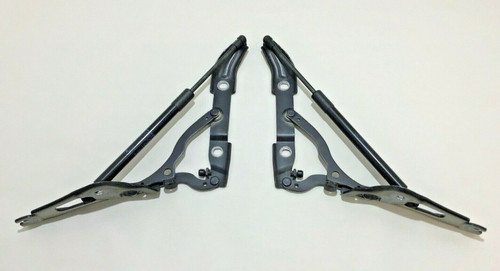