2007-2015 Mini Cooper Dashboard Trim Panels / Storage. Removed from a 2009 Mini Cooper R57 Convertible. This vehicle has the silver finish as shown. Includes the driver and passenger trim panels. Both panels are in good cosmetic condition with no major fading or wear. There is some light surface scratches and swirls, which may be difficult to see in the photos. Also includes the passenger side dashboard storage cubby as shown. The storage lid is in good working condition and operates smoothly with no issues. All mounting tabs are fully intact with no damage. You may need to reuse some of your existing hardware for installation. 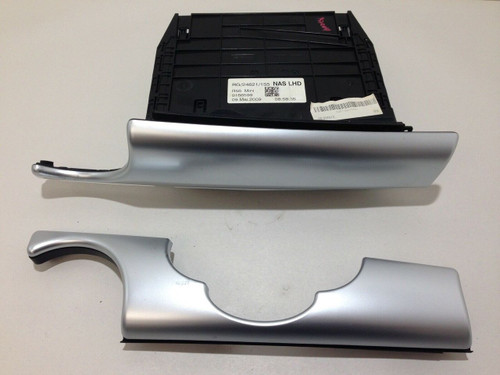