2007-2015 Mini Cooper Steering Column Cover Trim Panel. Removed from a 2012 Mini Cooper S Hatchback with black interior. This panel does not have the added storage pocket that was available on some models. This trim panel mounts below the steering wheel. In good physical condition with no major cracks or damage. There is some light cosmetic wear on the exterior of the panel as shown. The mounting tabs are in fair condition, due to one of the lower tabs being broken as shown. You may need to reuse some of your existing hardware for installation. 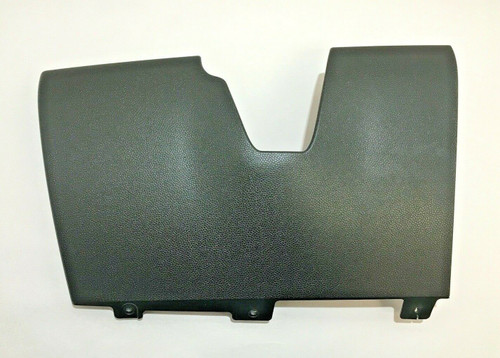