2008-2014 Mini Cooper R55 Clubman Rear Seats. Removed from a 2009 Mini Cooper S R55 Clubman. Includes the rear seat upper and lower sections only as shown. In good physical condition with no major rips or tears. There is some scratches and scuffs on the back side, as shown in the photos. Removed from a vehicle with the Carbon Black interior. Please verify this style seat matches your existing interior prior to purchase. The leather is in good cosmetic condition as well with no major wear or discoloration. There is some slight wear in the center sections, causing some wear in the material. Includes everything as show in the photos, you will need to reuse some of your existing hardware for installation. 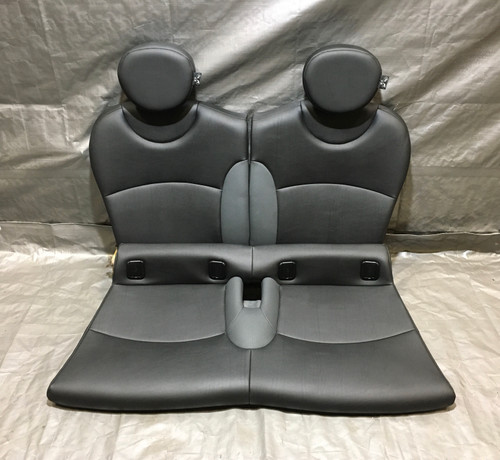