2007-2015 Mini Cooper Passenger Side Fender. Removed from a 2007 Mini Cooper R56 Hatchback with Sparkling Silver Metallic paint (code-A60). The fender panel is in good physical condition, has not been hit or bent in any way. The paint is in good overall condition, however there is some light surface scratches and swirling in the paint, which may be difficult to see in the photos. Does not include the fender vent trim / marker light or the fender flare trim panel. Some of the clips for the plastic wheel arch trim were damaged as shown, You will need to reuse your existing trim and mounting clips for installation. 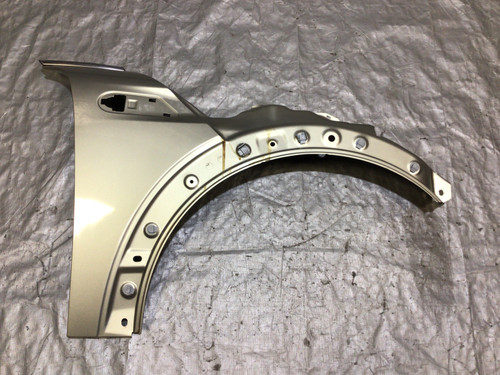