2007-2015 Mini Cooper Front Bumper Fog Lights. Removed from a 2007 Mini Cooper R56 Hatchback. Includes the pair of lights with brackets as shown. In good working condition, fully tested prior to removal from the vehicle. In good physical condition with no major cracks or damage, the mounting tabs are fully intact. The lenses have some typical pitting and heavy cosmetic wear from use. The interior reflector chrome on these tends to chip and fail from use. These have some cracking, however not started to peel.You will need to reuse your existing hardware for installation. 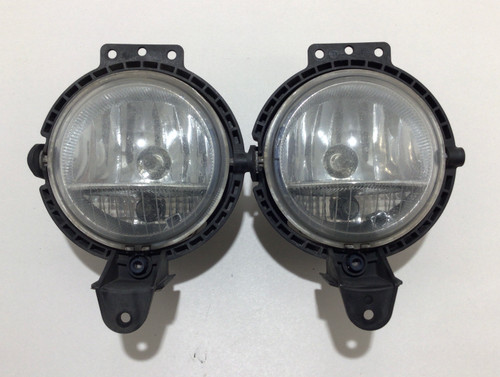